From Munich and Kitzbühel to Zermatt by helicopter

The Matterhorn is a very special experience for mountaineers from all over the world and is therefore also very rich in history. The summit was first ascended by Edward Whymper, as a member of 7-man rope team, on 14 July 1865. Around the Matterhorn there are 22 Alpine peaks with an altitude of over 4,000 m above sea level. The Dufourspitze, which is part of the Monte Rosa Group, is the highest mountain in Switzerland with an altitude of 4,634 m above sea level. Around the Matterhorn, the Gorner Glacier covers an area of around 68 km2, making it the second-largest glacier area in the Alps after the Aletsch Glacier. 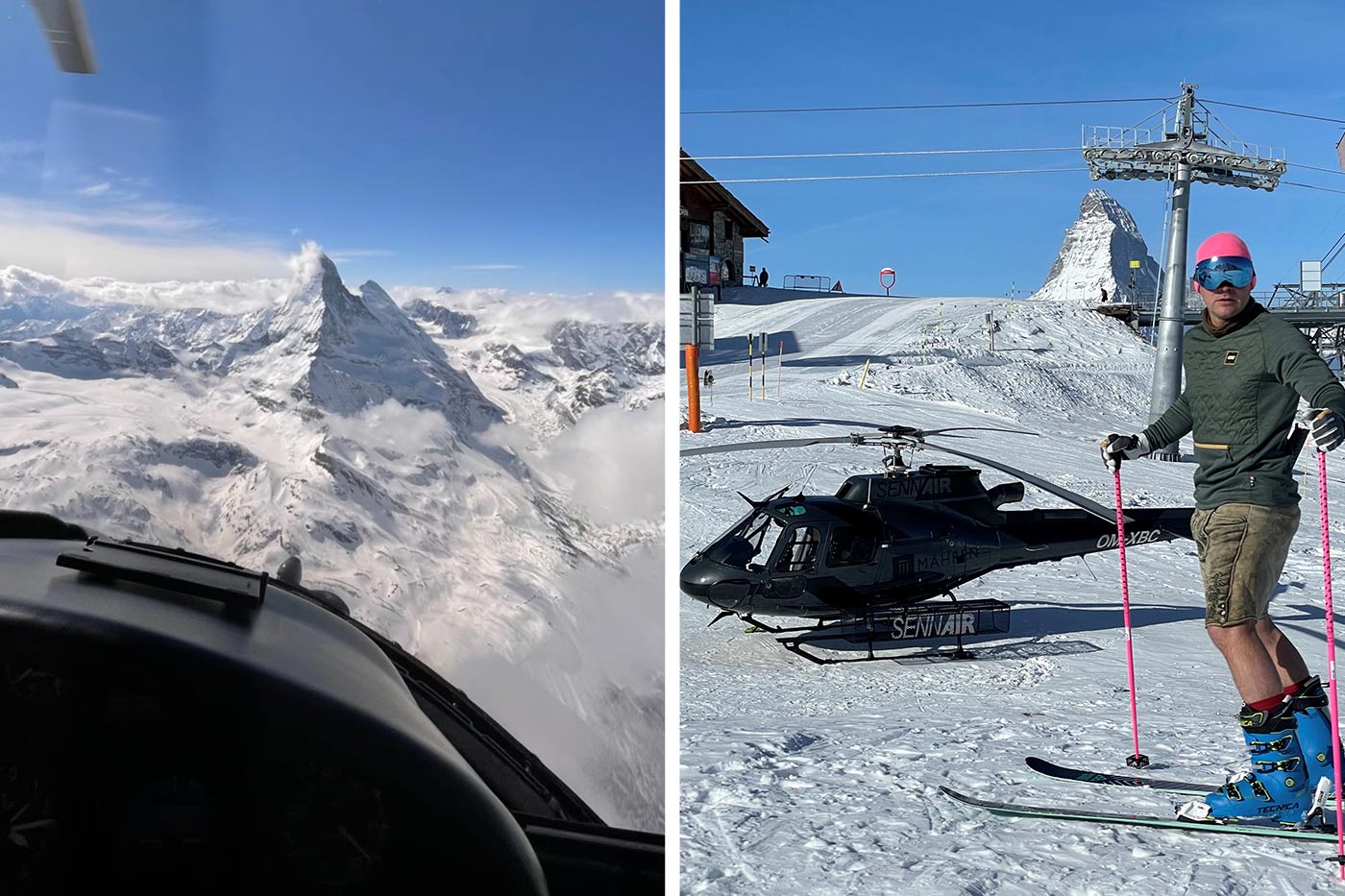 Enjoy this unique panorama on a taxi flight by Sennair VIP helicopter and relish the sight of the Swiss and French Alps all the way to the Po Valley in Italy. The ski resort below the Matterhorn is open all year round and is the highest-situated ski resort in Europe. Skiers have a total of 63 lifts and 257 kilometres of pistes at their disposal. The longest downhill run, 15 kilometres, leads from the Kleine Matterhorn directly to Zermatt. The summer ski resort is often used by ski racers for training in summer.

There are three villages below the Matterhorn: Zermatt, Täsch and Randa. The centre of Zermatt is car-free, and it is still an idyllic Swiss mountain village at an altitude of 1,610 metres above sea level. Here you can feel the atmosphere of an Alpine village in the Valais. The first settlement was established in 1280 along the trade routes to Italy. A small hotel was opened in 1852, and the first mountain guide company was founded in 1858. 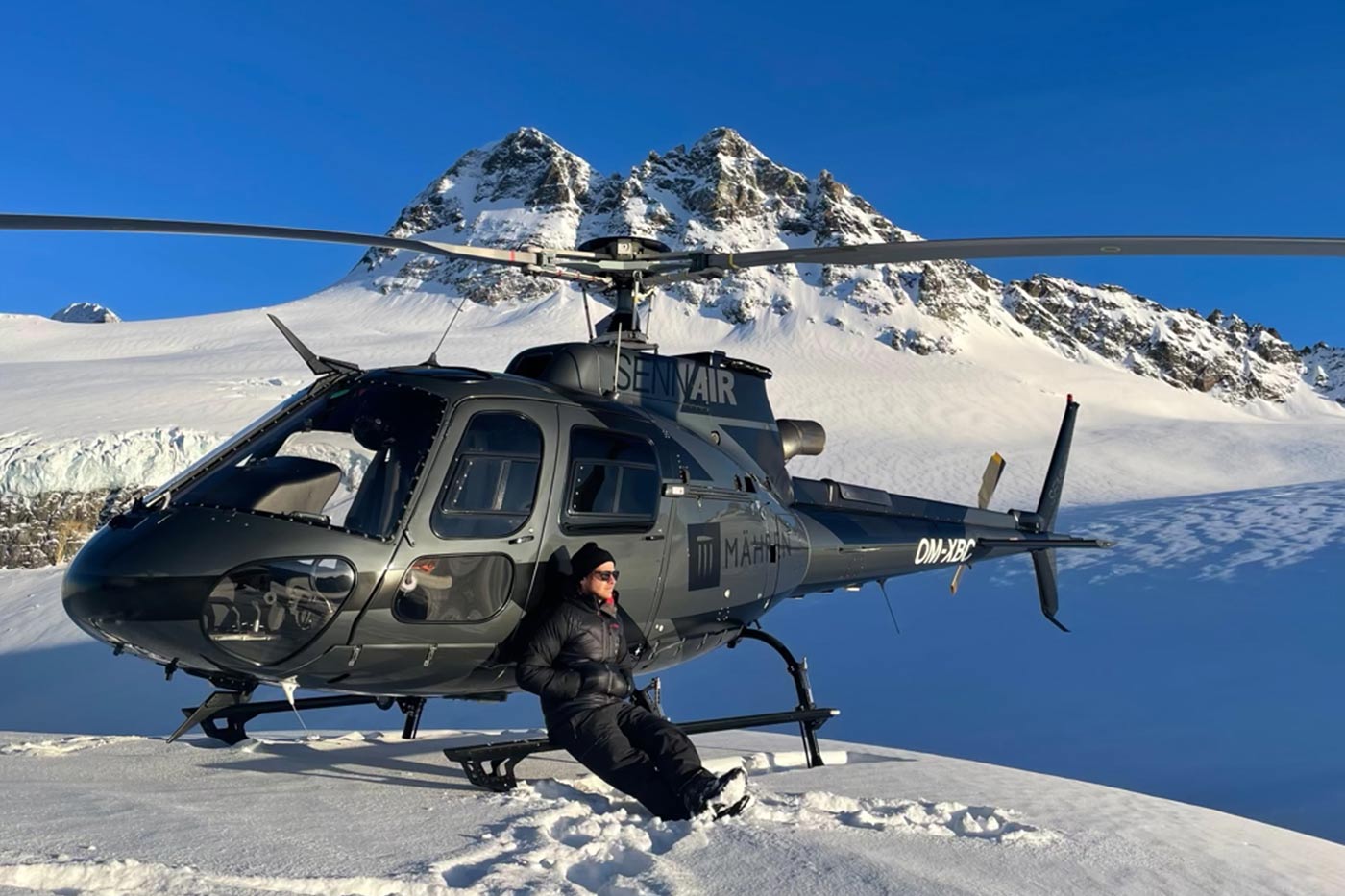 Above Zermatt, at 2,770 metres above sea level, is Lake Riffelsee, a small mountain lake. The eastern face of the Matterhorn is reflected in this lake below the Riffelhorn, which is a very popular photo motif when there is no wind.

If you want to treat yourself to a very special highlight by Sennair VIP helicopter, then is a helicopter flight to Zermatt and the Matterhorn the perfect choice for you.
The Sennair Helicopter team will be happy to inform you about the many and diverse possibilities. 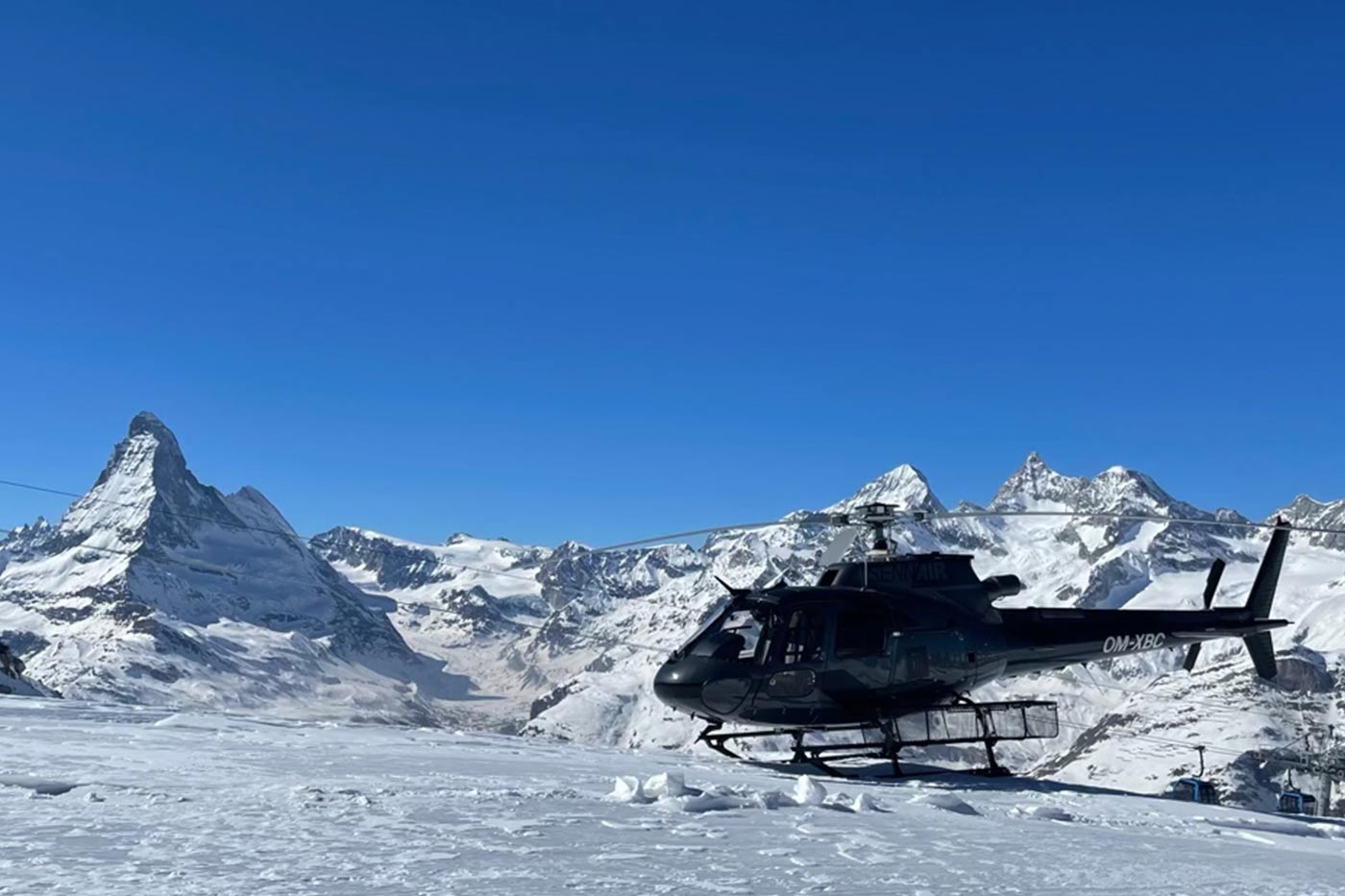 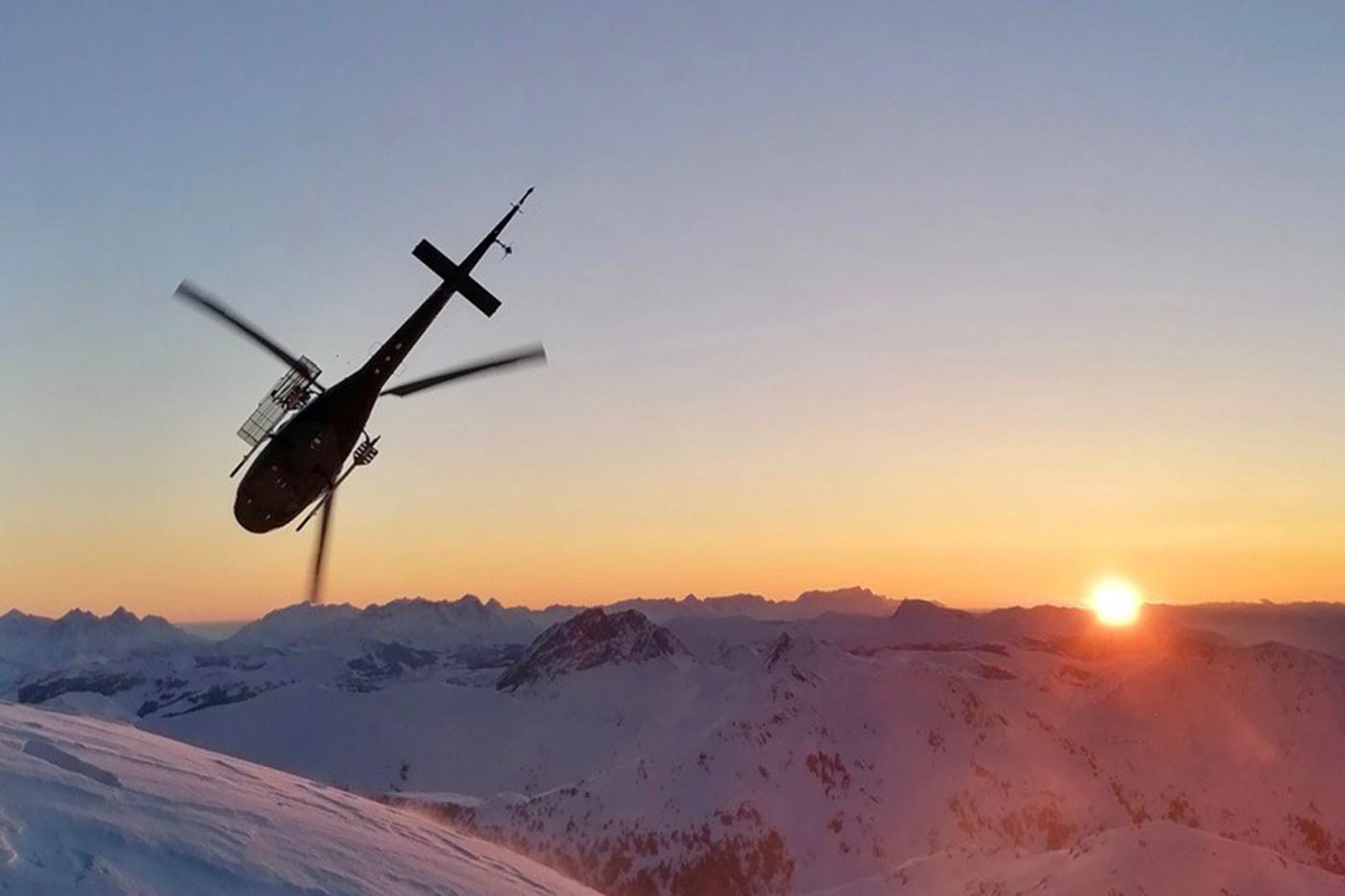