Culinary Trip Lake Garda Holiday
Enjoy a flight over the Alps on a SennAir helicopter and land directly at the venerable ”Grand Hotel a Villa Feltrinelli“ at Lake Garda. Grand Hotel a Villa Feltrinelli is situated in the beautiful, Mediterranean town of Gargnano at the western shore of Lake Garda. This luxurious hotel has a long tradition and is one of Italy’ absolute top hotel addresses.

Hospitality is lived at Villa Feltrinelli and great emphasis is put especially on privacy. The villa was built as summer residence by the famous Italian publishers Angelo und Giacomo Feltrinelli in the years 1892 to 1899. From 1943 to 1945, the villa was the residence of Benito Mussolini and his family.

The Victorian-style building is surrounded by a three-hectare, century old park. This unique flair and an incredible location directly at the lake is perfect for a weekend break with your loved ones. Enjoy being pampered by the considerate and attentive staff in a luxurious ambience and admire the beauty of Lake Garda and the surrounding area.

The gourmet restaurant of Villa Feltrinelli has been awarded a second Guide Michelin star for its excellent cuisine and creations by chef de cuisine Stefano Baicco and his team. They always endeavour to meet the highest demands – with perfection and in a discreet manner!

It comes as no surprise that artists, actors, leaders of industry, business and economy as well as gourmets enjoy overnight stays here. The listed Grand Hotel has received top awards – for example ”100 Best Worldwide Hotels“ and ”Most Exclusive Hotels Worldwide“. Especially characteristic for the Grand Hotel is the maximum of quiet and privacy. Leave everyday life behind and enjoy a luxury weekend in Italy!

The SennAir helicopter takes off from Zell am See Airport and flies past the Kitzsteinhorn and the snow-covered peaks of the Hohe Tauern over the Felbertauern to Lienz in East Tyrol and then through the Puster Valley to Innichen at the Italian border where the most beautiful part of the helicopter fight over the rugged peaks of the incomparable Dolomites starts: past the Tre Cime di Lavaredo, the Latemar and the Schlern. The helicopter flies over Bolzano with an amazing view to the Rosengarten. It is not surprising that the Dolomites have been awarded the title UNESCO World Heritage – natural site. South of Bolzano, you can already see and feel the Mediterranean flair of the region around Lake Garda.

The SennAir helicopter flies across a small pass between Trent and the northern shore of Lake Garda. The route of the flight then leads along the precipitous western shore between Riva del Garda and Gargnano where the helicopter lands directly in the garden of Villa Feltrinelli. There is surely no faster and more pleasant way of arriving in this paradise than by SennAir helicopter.

Apart from a stay at this wonderful retreat directly at the lake, detours to Verona, Bergamo or Milan are possible at any time.

We are happy to create an individual programme for your helicopter flight to Lake Garda. Take-off is possible from Zell am See, Salzburg, Munich, Innsbruck, Bolzano or a place of your choice as well as from our partner hotel with own helipads. 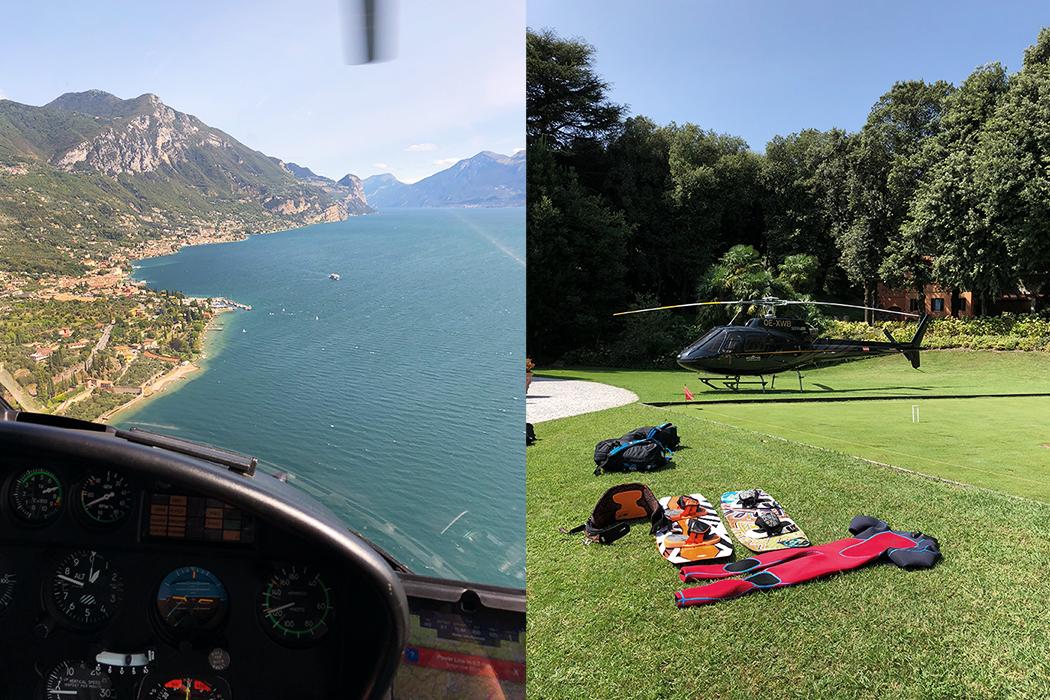 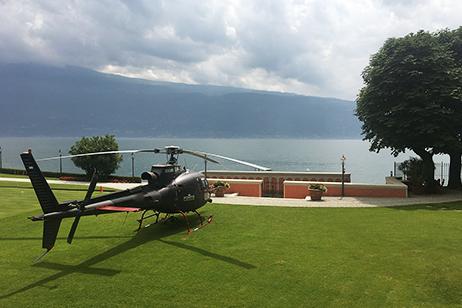 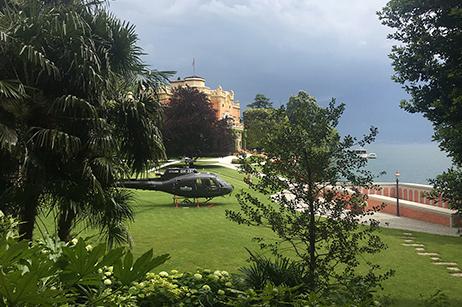