Salzburg Red Bull Trip
Known for its unique location between the festival city and Salzkammergut, the setting is stunning for drivers and spectators alike.
Surrounded by hills as natural stands with direct view to the Nockstein from the start-finishing straight, nestling between forests, meadows and the 32 “natural“ lawnmowers (sheep of the neighbouring farmer, which graze on the slopes in summer), the Salzburgring is a historic race track with picture-postcard character.

From the beginnings with the combined motorbike and car race for the opening in the same year as the moon landing to the legendary Motorbike World Championship races in the 70s and 80s and the Touring Car World Championship races until 2017, the pace has always been “a bit” faster at the Salzburgring. The Electric Love Festival is also doing its bit, attracting 180,000 happy music lovers to the Ring every year.
With events from Histo Cup (May and September) to the Gaisberg Race or the Porsche Sprint Challenge (June) and the ADAC Salzburgring Classic (August), the Ring attracts visitors with fuel in their blood on a regular basis.

This passion for diverse events will continue to run high. In order to use the areal even more as multifunctional venue for events in the future, extensive investments in the infrastructure of the Salzburgring have been made just in time for the anniversary in 2019. Road safety trainings, test drives, dealer conventions, car presentations and various club events play already a big part in the calendar today.

Let’s celebrate! The entire ring area turns into a public festival site for everyone on 3 and 4 August 2019.
With free admission, the Salzburgring can be experienced at close range for two days. Just like on an Open Day, you can admire all facilities and the track’s entire fleet, including the latest addition from autumn 2018 – the Steyr TK83, a snow blower that started its career on the Grossglockner 35 years ago.
The national police authority will be on site with a road safety training for motorbikes on Saturday, while various regional companies present themselves during the WIR Regional Fair in the pit lane on both days.

Party atmosphere is on the agenda at the marquis on Saturday until 2:00 am: live bands play anything from Alpine music in modern style to smash hits in dialect – this is followed by a (Electric Love-experienced) DJ. The programme for Sunday is more traditional: following a ceremonial act in the morning, various traditional bands provide entertainment and clubs and associations of the surrounding municipalities present culinary delights.

Even after 50 years, the ring area is still in the hands of the State of Salzburg. “To us, it is really important to give something back. Important to the Salzburgring is a pleasant and understanding cooperation with the surrounding municipalities and its neighbours. And we are really pleased that we can celebrate the 50th anniversary of the Salzburgring together. All revenues will be for the benefit of the clubs and associations.“, so Ernst Penninger, managing director of IGMS.

Interesting activities will also take place around the marquis: Police, fire brigade and emergency medical services will be on site with an exhibition and their range of vehicles and equipment. The Austrian Armed Forces will also be present. KTM performs stunt shows, while learner drivers have the opportunity to go on the Ring with driving schools of the State of Salzburg. Sennair is of course part of the event. With our raffle, you get the chance to win sightseeing flights across the stunning Salzkammergut and Salzburger Land. Adrenalin kick in the fast lane – and in the air!

There is a children’s programme, including bouncy castle, for the youngest and, with cars, tractors and a historic shuttle, vintage vehicle fans will also get what their heart desires. We are looking forward to welcoming many visitors at the Salzburgring in our anniversary year. 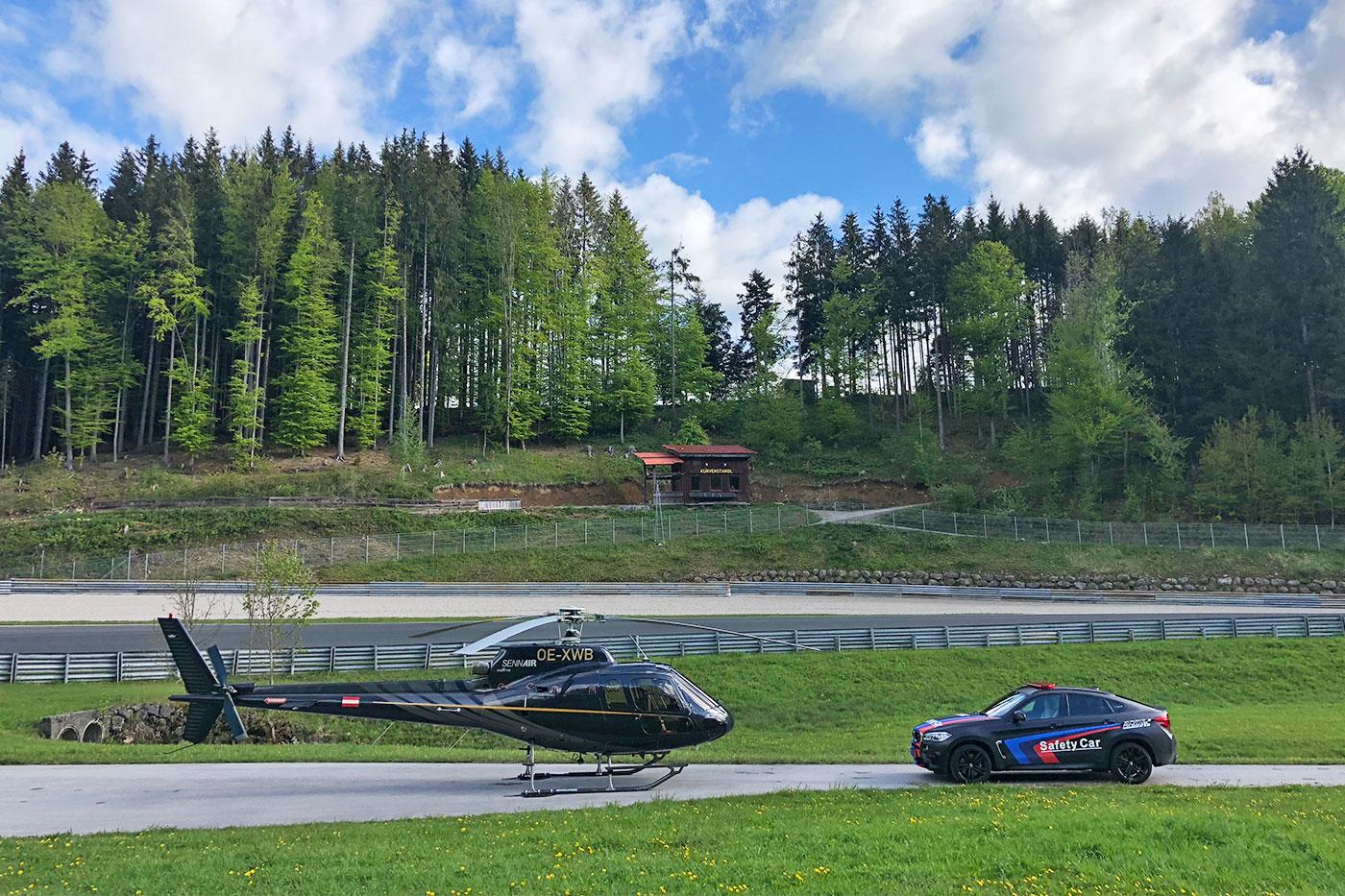 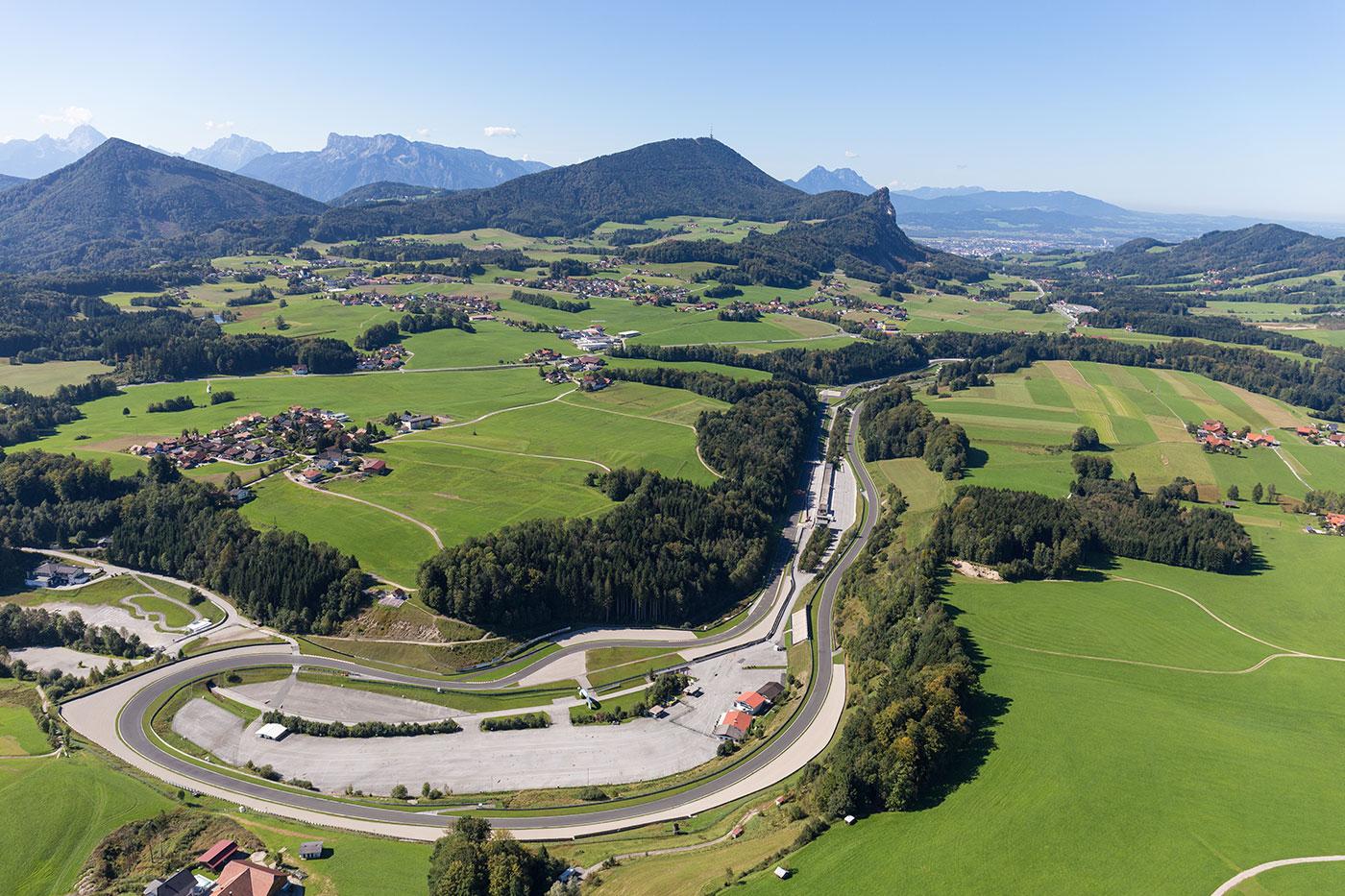