VIP Helicopter flight from Geneva or Munich to Monaco

Trip Holiday charter flight
The "Principauté de Monaco" is a meeting place of the rich and beautiful on the Cote d'Azur and one of the most glamorous destinations one can travel to by Sennair VIP helicopter! A location with a fantastic coast and an enchanting old town awaits you here.
Although it is the second smallest country in the world, Monaco is famous the world over. It covers an area of 2.03 square kilometres and has approximately 38,400 inhabitants. Thus, Monaco has the world’s highest population density, even topping Singapore and Bahrain.

The principality is located at the French Mediterranean coast, not far from Nice and approximately 10 kilometres from the Italian border. Monaco has 11 city districts. The most famous district is probably Monte Carlo. The "Ville" old town is also called Rocher (rock) by the locals. Here the visitor can stroll through the narrow alleys with pretty houses and small shops as well as fine restaurants and cosy cafés.

Through these alleys you also reach the palace of the Grimaldis, the ruling family of Monaco. This palace is the official residence of the Prince of Monaco, Albert II. Monaco was founded on 10 June 1215, the day the construction of a border fortress started. Today, the prince's palace is located here. The Grimaldis come from Liguria in Northern Italy, and their soldiers conquered this fortress in January 1297. Apart from a few short interruptions, the Grimaldi family has been the ruling family in the city-state since that time. Worth seeing is the Cathedral of Our Lady Immaculate, seat of the Bishop of Monaco.

The legendary Casino de Monaco was built in the 19th century by Prince Charles III and opened in 1853. The casino is still one of the biggest attractions in Monaco. The opera house, the Opera de Monaco, is nearby. It was also built by order of Charles III and its front is facing the sea. In 1889, Prince Albert I founded the world-famous Oceanographic Museum. The Monte Carlo Beach Club, which offers its guests numerous water sports facilities as well as swimming pools, restaurants and bungalows, is also located in this district.

Once a year in May, Monaco turns into a race track with sea view, leading right through the city. The Formula 1 racing cars drive past the skyscrapers and the casino to the harbour, where the yachts of the rich and beautiful from all over the world are anchored. Other famous events in Monaco are the Circus Festival in January and the Monte Carlo Masters in spring, one of the most famous men's tennis tournaments.

Not to be missed of course: shopping - in Monaco, it turns into a real experience. All world-famous fashion brands are represented here with boutiques, thus nothing stands in the way of an extensive shopping tour. In between, you can treat yourself to a café au lait or a glass of champagne in the Café de Paris and enjoy the chic atmosphere of Monaco.

Monaco - a Sennair VIP helicopter destination that you will not forget so quickly. 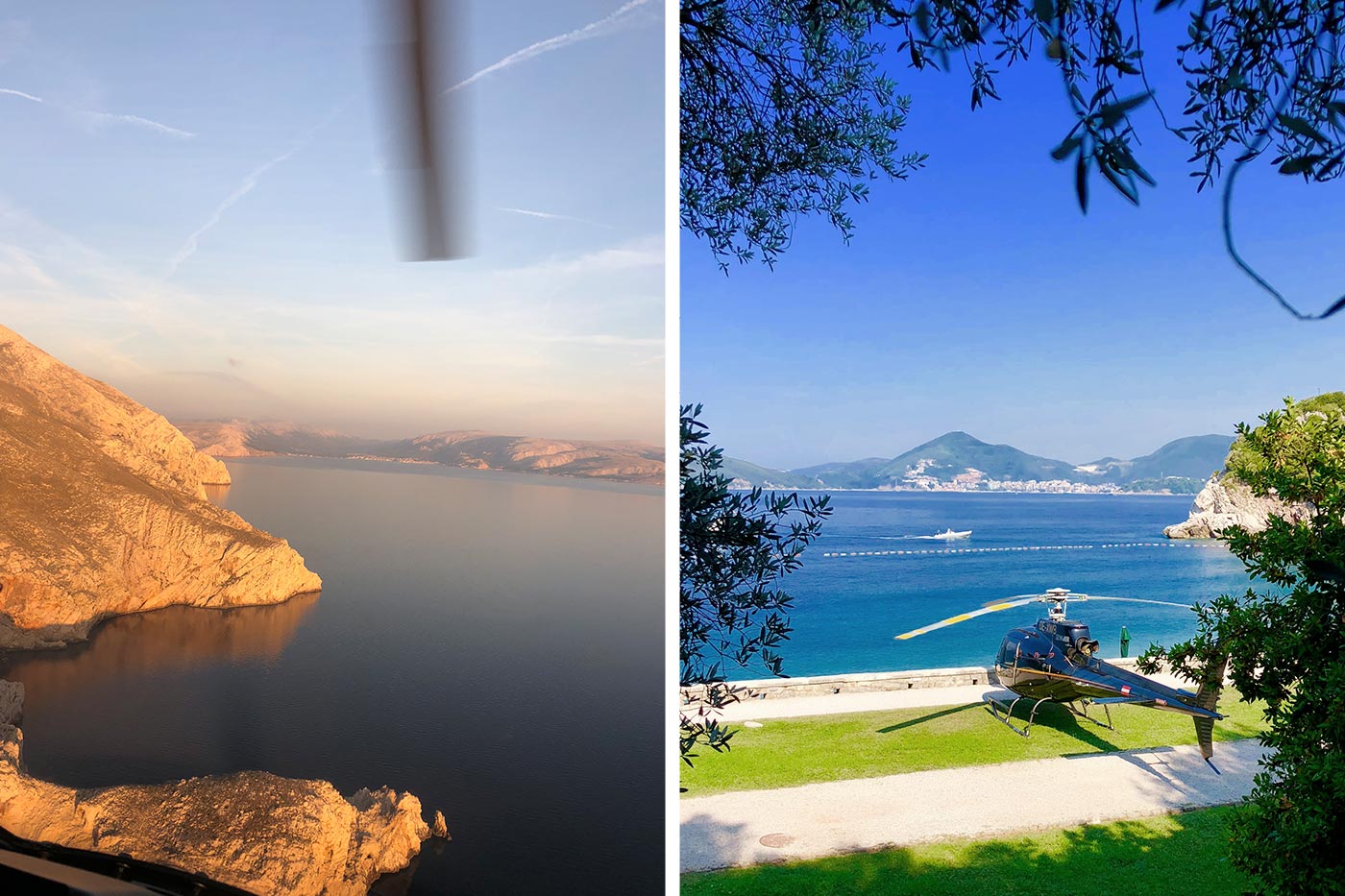 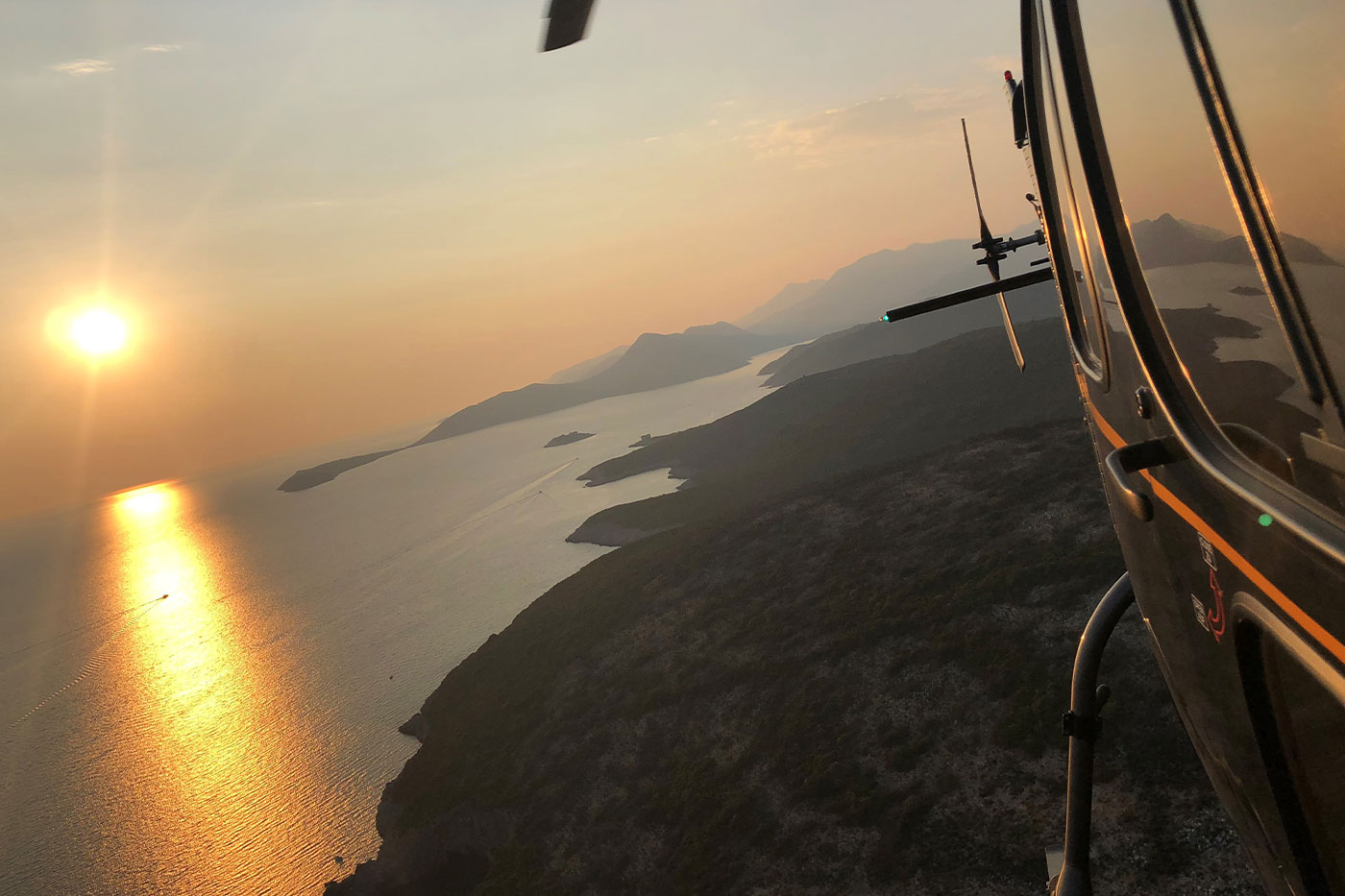