Helicopter Transfer to Cortina d'Ampezzo from Vencie or Innsbruck

Trip Holiday Italy Ski
Fly by Sennair VIP helicopter over the world-famous Dolomites to Italy's most famous winter sports resort: Cortina d'Ampezzo.
Situated in the province of Belluno in Veneto, Cortina is located in 1,211 m above sea level and has a population of around 5,800. The town is surrounded by the impressive Ampezzo Dolomites. The highest peaks are Tofana di Mezzo (3,244 m) and Punta Sorapiss (3,205 m). On Monte Cristallo, measuring 3,221 metres in height, there is also the "Canalone Staunies" piste - one of the ten steepest pistes in the world. Cortina is a Mecca of winter sports. Apart from skiing, freeriding and cross-country skiing, winter sports like ski jumping, bobsleighing and ice hockey are also at home here.

Located along the state road towards Dobbiaco is Cortina’s oldest building - the Church of St. Nicholas, built in 1226. The Parish Church of St. Philip and St. James, built between 1769 and 1775, with its 69.5-metre high tower and a golden sphere at the top, is situated at the Corso Italia in the town centre. High-quality shops and restaurants invite you to take a stroll and stay a while.

This region was popular with mountain-loving aristocrats from the Austro-Hungarian Monarchy and wealthy citizens from England and France already in the 19th century. In 1903, the first ski school was founded and luxury hotels were built. World-famous luxury hotels such as the Grand Hotel Savoia, Hotel Cristallo and the Miramonti Majestic Grand Hotel welcome guests from all over the world.

Cortina has been the location for international film productions several times. In 1963, the feature film "The Pink Panther" was partly shot here. And in 1981, Cortina was the location of the James Bond film "In Deadly Mission". Even a car was named after Cortina: in the sixties, the British "Ford Cortina" shared the name of this winter sports resort.

Cortina and eleven other winter sports resorts are part of the Dolomiti Superski network. It only needs one single ski pass to use the ski lifts and pistes of this network. Founded in 1974, this network now boasts 460 lifts and 1,200 kilometres of pistes.

After a flight over the impressive Dolomite landscape, past the Marmolada and the Tre Cime di Lavaredo, the Sennair VIP helicopter lands at the heliport in Fiames. The Sennair team is always at your disposal for information and advice. 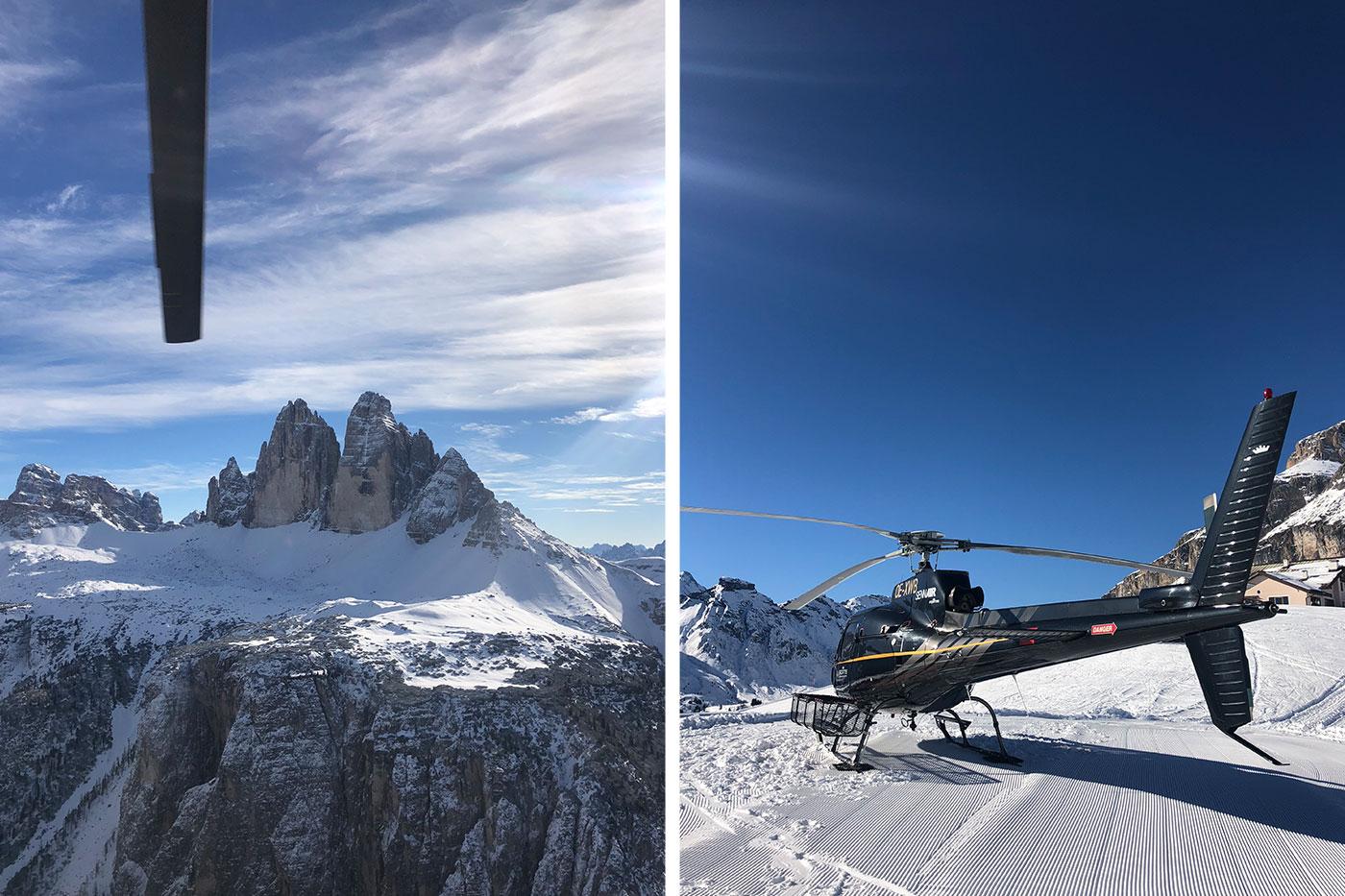 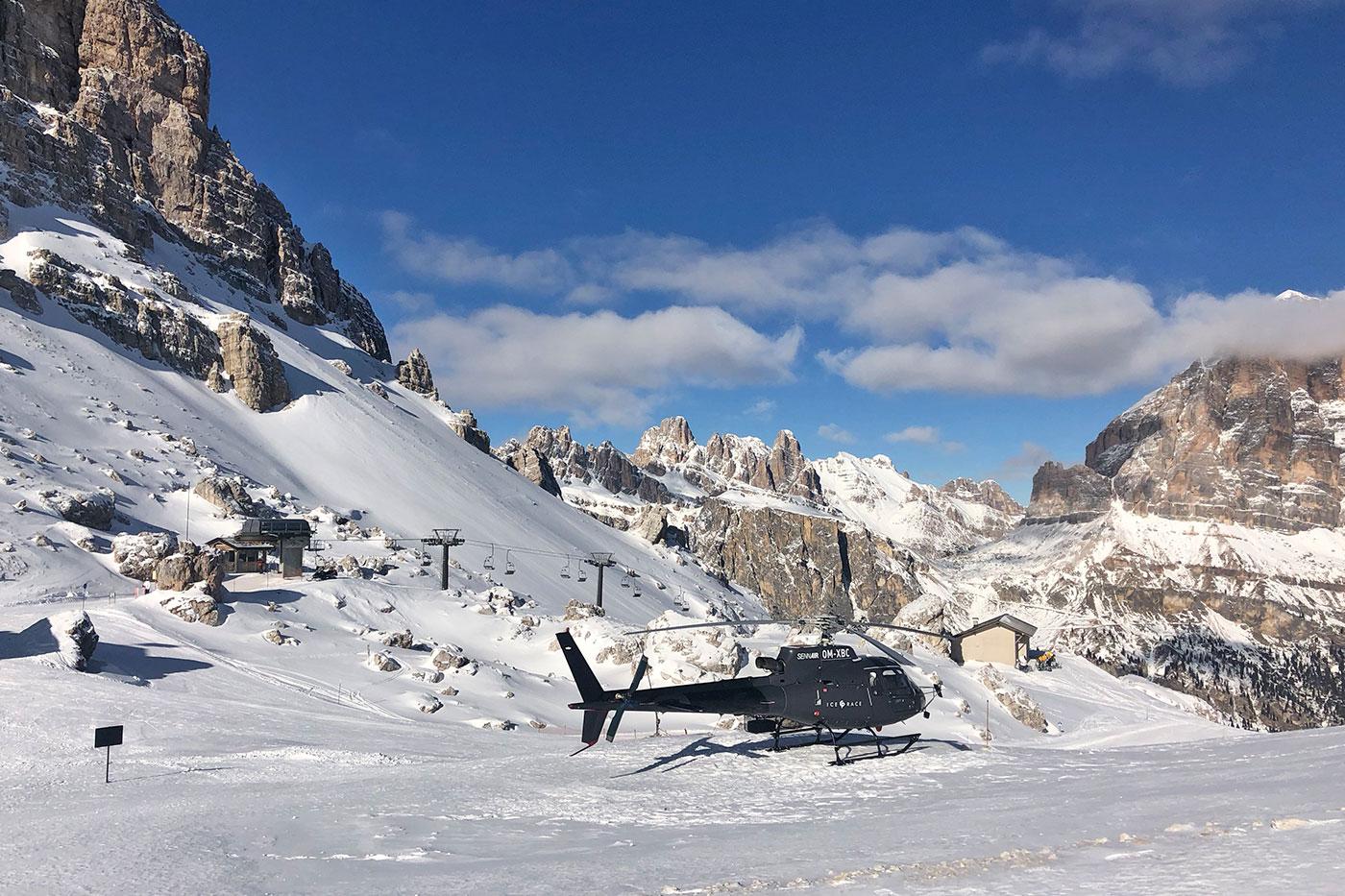 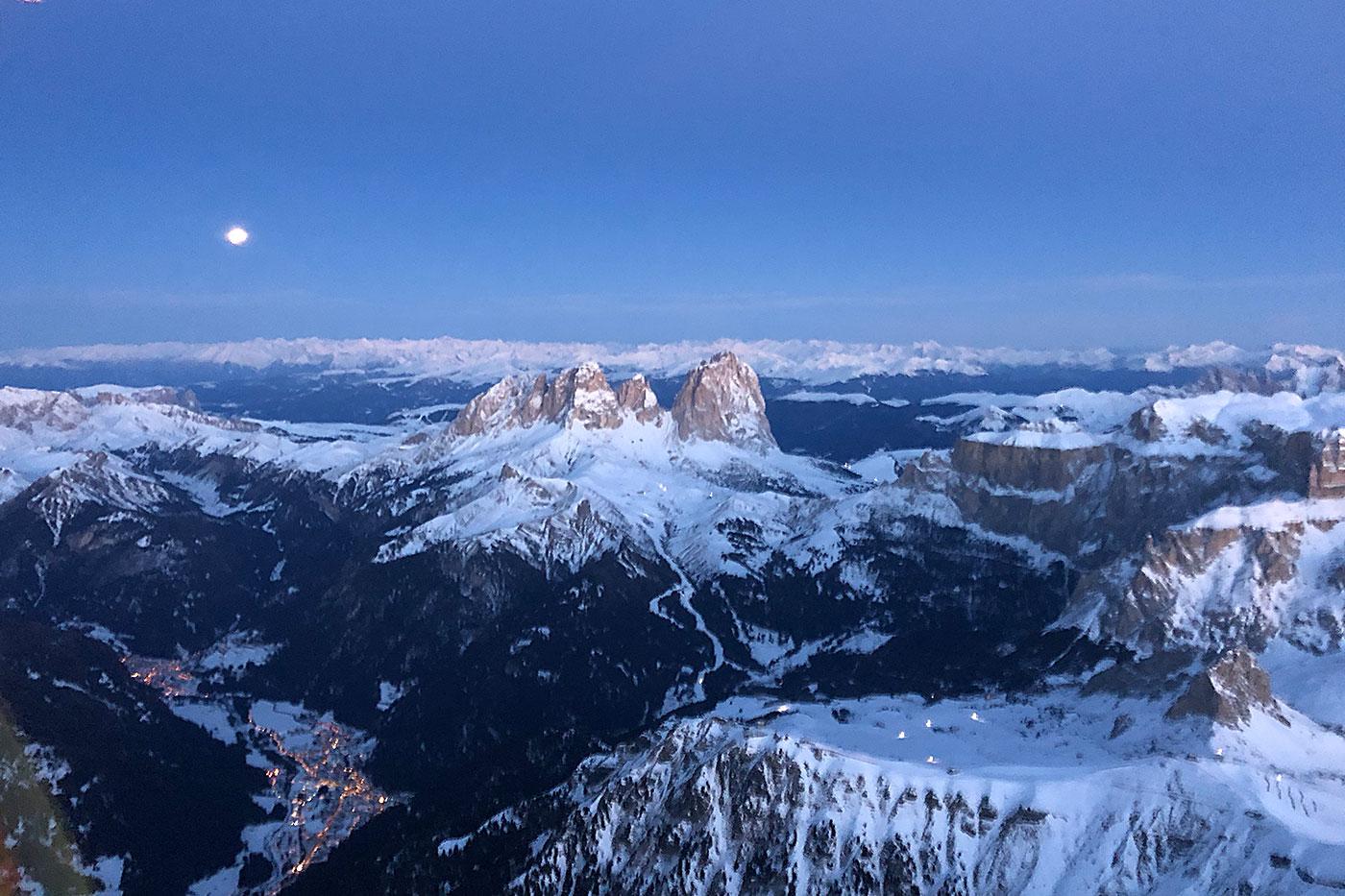